Well here we are in the 41st year of the Worm, and this month we celebrate the 40th Anniversary of the Wormtown '78 LP. When this was released, we knew we had a scene that was here to stay! Recorded in Upton, MA, it was produced by John Jordan at his Basement Tapes Studios, with Brian Goslow serving as Executive Producer.  It featured the popular bands of the time. Hooker, Preston Wayne's early band, along with Bob Peters Blue Moon Band, Crazy Jack and the Heart Attax, and the  band The Towel, who were listed as P.F. and W.H.  I believe there were only 300 copies pressed and now go for hundreds of dollars whenever they surface on sites like Ebay. Lucky for you, someone has uploaded it to YouTube, so you can at least have a listen. Check it out, and keep looking, maybe you'll find your own copy! 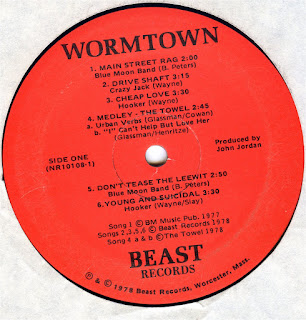 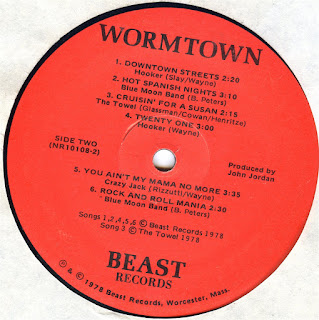 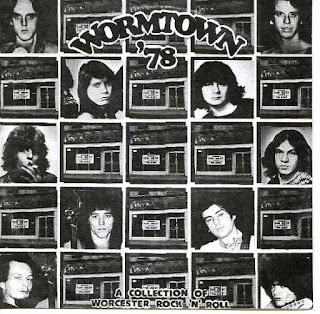 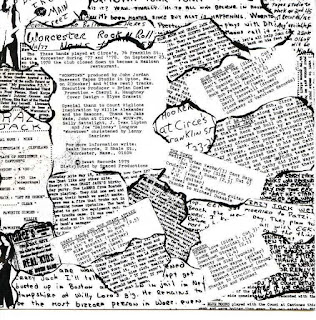