Must be something in the Air.
At Beatniks on Friday Night, Slitstich,
The Pity Whores, The Furiousity, and The Swaggerin' Growlers! Punk Rock on Park Ave! 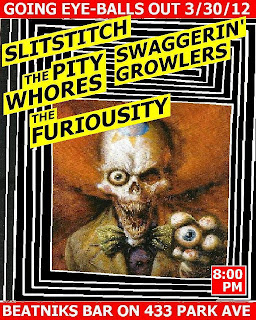 On Saturday at London Billiards on James St. its Bottlefight, Masque's Funhouse and Genre Whores.

Bottlefight have been working on a new disc and are set to release it any day now.
Until then watch this!!

Now on WURN.net
Springtime rock and a salute to Davy Jones of The Monkees!! 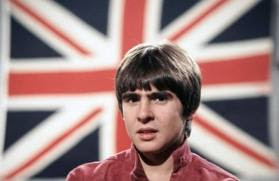 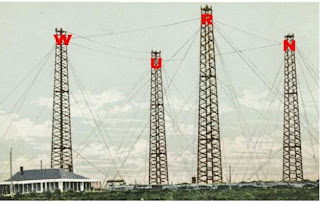 the return of Wormtown Weekend

It's been a while since this city has seen a two day run on shows that get the Wormtown Stamp of Approval of not to be missed events. And throw in St. Patrick's Day as a bonus!

Start Friday at Ralph's with Sharks Come Cruisin and The Great Whiskey Rebellion.
Sea Shanties, and Irish songs to get in the holiday mood. 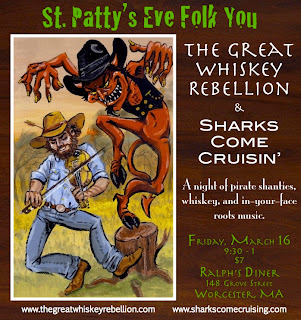 Or/and head over to Vincents for The Fearless Leaders, who are back in action for good to play their 60's tinged vibes for you.

Then, Saturday at Ralph's it's the "Wormtown Time Machine" featuring the return of The Balls along with , The Numbskulls, Groupaction, and Happy Little Clouds!
That's right, General Krutov will be gracing the stage once more for his pleasure, and The Numbskulls are breaking in their new drummer, Dave Kowalchek. Groupaction captivated the crowd back at the Rick Blaze Tribute, and you'll see why. 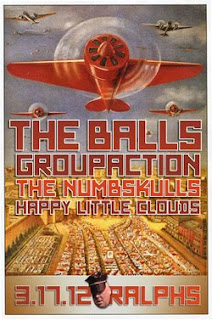 And to get you psyched , here's The Numbskulls practicing hard just for you!