Yes, we are approaching the end of the 40th Anniversary, but fear not. I plan to keep updating you in the future with content as I make my way through the vast archives. 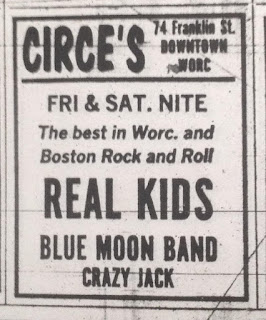 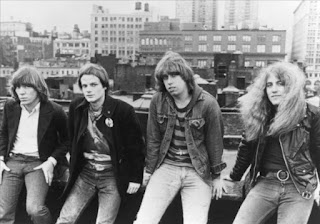 One of the surprises of this year was the release of  a gig that helped solidify the scene, The Real Kids, Live at Circe's Bar 1978. Thanks to the Folks at Crypt Records in Germany(!), the tape I recorded that weekend had been in a drawer for 40 years when I was contacted by Tim Warren asking if he could put it out as an LP and CD series he was working on with John Felice. I did not hesitate for a second and sent the files over to him. The Circe's gig is just one part of the group of demos and live recordings now available. In case you're not familiar with The Real Kids, they were a staple of Boston Rock in the late 70's and 80's with the release of a self produced 45 and LP on Red Star Records. Throughout their career, there were many lineup changes, but John Felice and Co. always remained popular with the fans they picked up along the way. Record releases came from Norton Records here in the US and New Rose out of France. They continue to release recordings to this day with new products from Ace Of Hearts Records in Boston.  Don't let you collections suffer without these any longer. Make 2019 rock with your own copies. 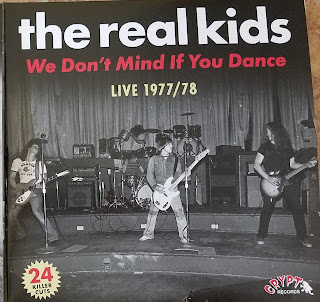