Back in the early days of the Wormtown Scene, we looked to anyone who could help spread the word of what was going on. We looked up to the bands in Boston for inspiration, after all they were big players in the Major city in our state. What better way to promote ourselves if we could get them to come out to Worcester and play. One such band was La Peste, consisting of members Peter Dayton, Mark Karl, and Roger Tripp they were well on their way to dominating the Boston scene with their fast, furious style and ability to pack clubs throughout the city. They agreed to head west and play this gig along with The Blue Moon Band and Crazy Jack. Mike from Crazy Jack was in fine form that night and ended up "cutting" his set short for a trip to the hospital leaving La Peste to play an extended set, which they handled perfectly. Here now for the first time in 42 years is that set. 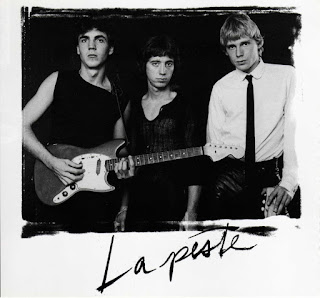 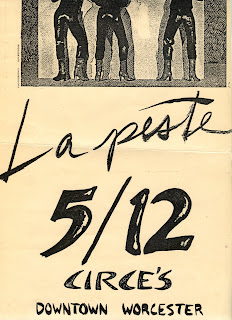